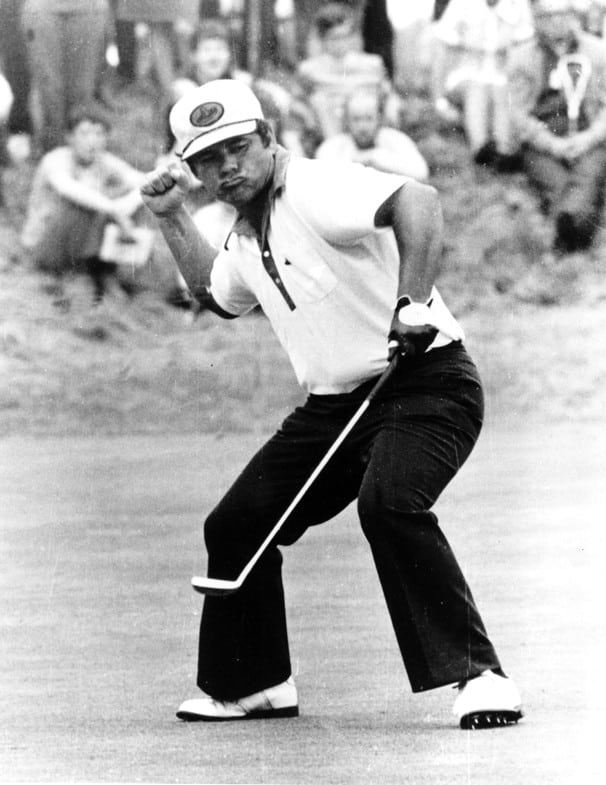 I don’t know about you, but a 10 foot putt for birdie on the golf course is much more meaningful than a 10 footer on the practice green. In reality, they are the same thing, but you and I both know the feeling is different. Putting under pressure, or having something on the line is what adds flavor to the putting game. Putting is an art, and its this flavor or thinking that makes for a clutch or choke putter.

Think back to a time when you were putting under pressure looking at a make-able birdie or par saver putt. Like everyone else, you felt the nerves. How comfortable were you? With the purpose of making the putt, you rely on your ability and pre-shot routine. During practice, putts from this distance drop all the time, again, what makes this putt any different. So here we go… bombs away!

Hopefully you made that putt, but if not, there are some things you can do so next time you will. Sugar and salt both look the same, but it’s only once you taste them, they become different. Your state-of-mind or attitude may be different on the putting green than what you experience on the golf course. This means high arousal levels on the golf course mixed with super relaxed, almost boring putting practice. This disconnect influences your comfort level. Either you never get nervous anymore, or practice putting games that affect nervousness or pressure situations. Because we are human, I don’t think option 1 is an reasonable strategy.

This might explain why so many golfers have a hard time practicing putting. There is no excitement or pressure involved. The putting stroke is quite simple, doesn’t jog your brain like the full-swing would, and can seem less exiting than playing or hitting balls. Perhaps this is why the majority of golfers can be found on the driving range instead of the practice putting green. The whole idea here is to practice how you intend to play. I accomplished this by playing putting golf games for money. It was a way for me to face my nerves as much as possible, and you can also. 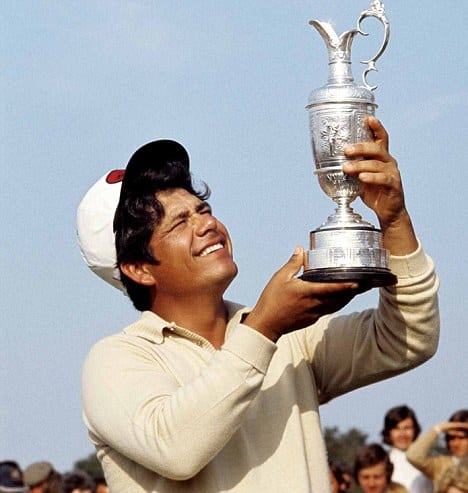 “Try playing a hustler for $50 when you only have $10 in your pocket, that’s pressure“. Lee Trevino

When I first started playing, I was told from a mentor that putting was all about confidence. Not entirely sure what that meant in terms of better putting performance, I just agreed. Now having played in several tournaments, I know the feeling associated with putting is significantly different from anything else. You have heard it before, it’s no surprise. Putting is 90% mental. Start to practice that 90%.

“Clutch players make clutch putts.” You can remind yourself of this as many times as you want.

So enough of that! What putting games do I play?

Minimum number of players: 2, the game is best played with 5-6 golfers. The more players the better and you will understand why.
Make sure you have several different cups to putt to and space for 30-40 footers if someone wants to pick a long putt. The idea is to have players chose different putts making the game forever changing. Short, long, heavy breakers, and straight putts. Also, cash in hand.

The first player(leader) chooses any putt he wants. (establish an order of play as this is important) Lets say, for example, the first player chooses a very make-able 10 foot putt. Everyone behind has the ability to watch the break of the putt as he hits the ball. Getting off to a good start, player 1 makes the putt. (now, hes on the sideline watching and waiting to get paid.) All the other players must putt from the same place that player 1 hit from. Players who miss their first putt must finish out, regardless of how close from the hole they ended up. The player/s that missed must pay 2$ to every player that made the putt before and after them. If they 3 putt the hole, they owe an additional 1$ to every player that was able to 2 putt the hole. They then move to the back of the line, giving them a chance to see the break of future putts but unable to pick them. A player moves up in position if they preform better than the players in front of them. After every player hits the putt, and people are paid, a new putt is chosen. Everyone watches the player that is putting, until they putt out.

You can now see that there might come a time when you feel a little pressure. Five other players before you all make a short 8 footer. Monkey see, monkey do, or you are paying 10$, god forbid you 3 putt, that’s $15.

Players must designate a 3 putt exit rule before leaving the game. After they complete 3 addition putts they can chose to leave.

Hows that game for putting under pressure. Have Fun!